A Chilly Weekend in Memphis

I arrived in Memphis late Thursday night, but the inclement weather arrived before I did.  It was a bumpy flight once we got close to Memphis and I was glad to get on the ground.

I telecommuted on Friday while the freezing rain was coming down all around.  Freezing rain is really scary on the roads, but it can make for really beautiful pictures. 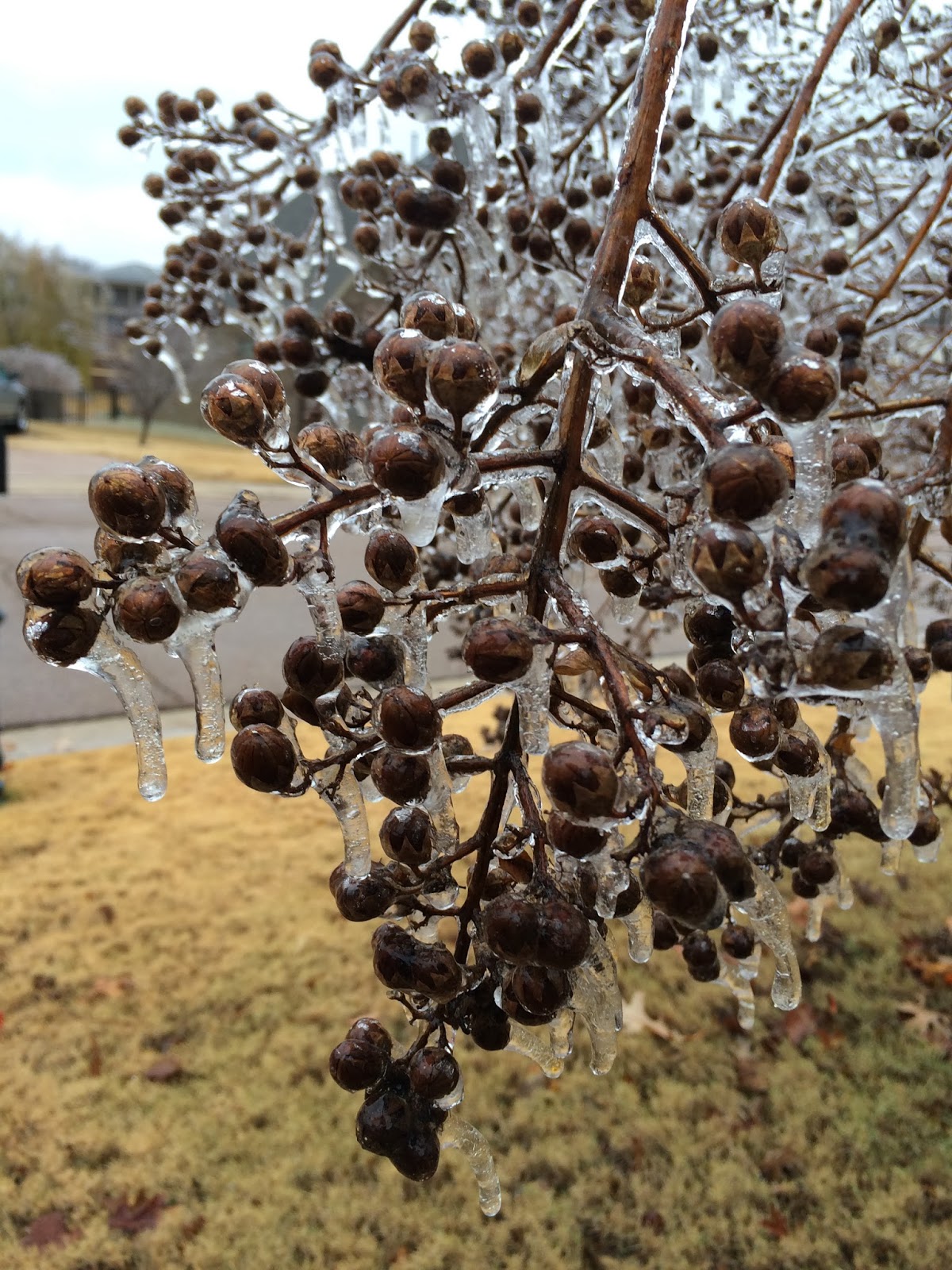 The ice ruined my plans of working from my favorite little Memphis coffee shop.  However, the ice covered trees, bushes, etc. kind of put me a little more in the holiday spirit, especially this one with the red berries. 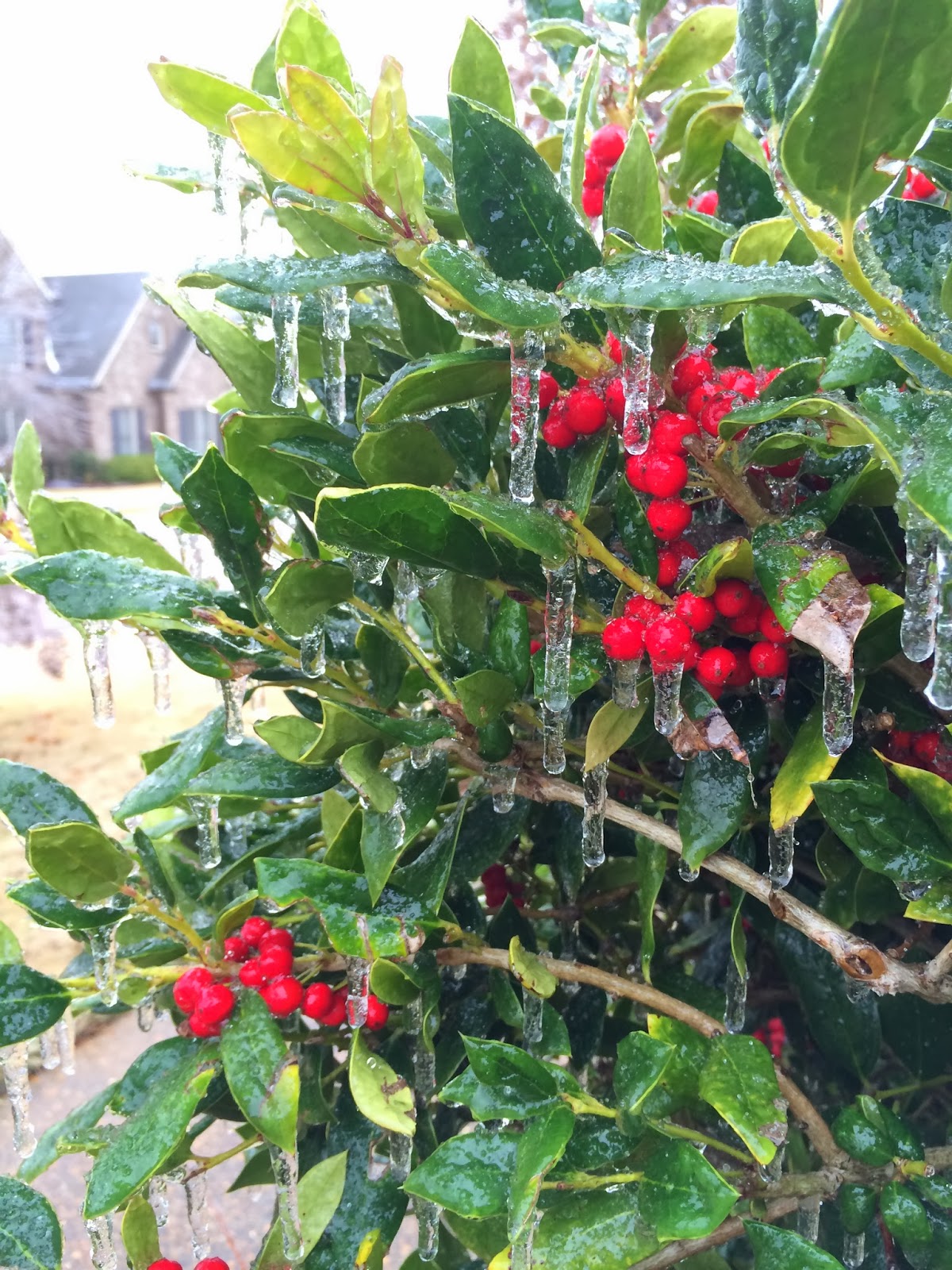 After I finished up my work for the day, we headed down to the Race Expo for the St. Jude Memphis Marathon.

Adam had definitely decided he wasn't going to run.  I had decided weeks ago that running a full marathon was not going to happen, but I thought they might let me switch to the half marathon.  The area was really empty and the vendors were even starting to pack up and the expo wasn't supposed to be over for 2 more hours....I soon figured out why: 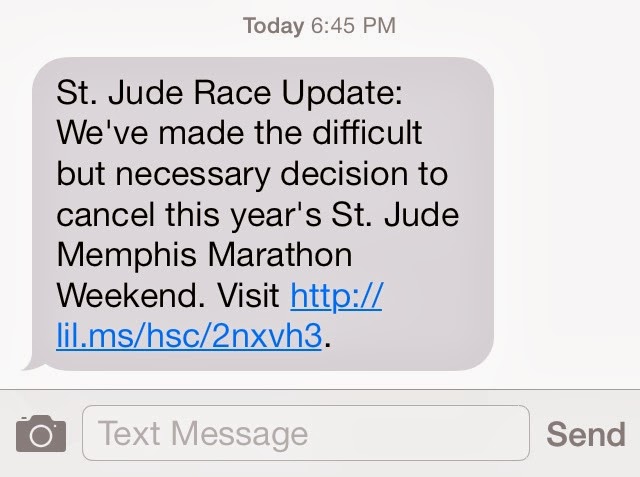 It was definitely the right call, there was ice all over the sidewalks.  Memphis, as a southern city, just gets crippled by these types of winter weather incidents.  I was still a little bummed because I had high hopes of running something, even if I knew I wasn't going to follow through with running the full marathon.
The race coordinators did an awesome job with communicating the info and softening the blow by offering to transfer the race entry fee to other races, including the January 19th Rock n Roll Arizona....possibilities.

Because we didn't need to worry about what we were eating the night before a race, we decided to indulge at one of my all time favorite Memphis restaurants.
And when I say "indulge," I'm not joking.  I could not believe how big this prime rib was!!  and the mashed potatoes....oh, the mashed potatoes.....
In an effort to check off all of the items on my mental "Memphis Favorites"checklist, we stopped by Gibson's Donuts on Saturday morning. 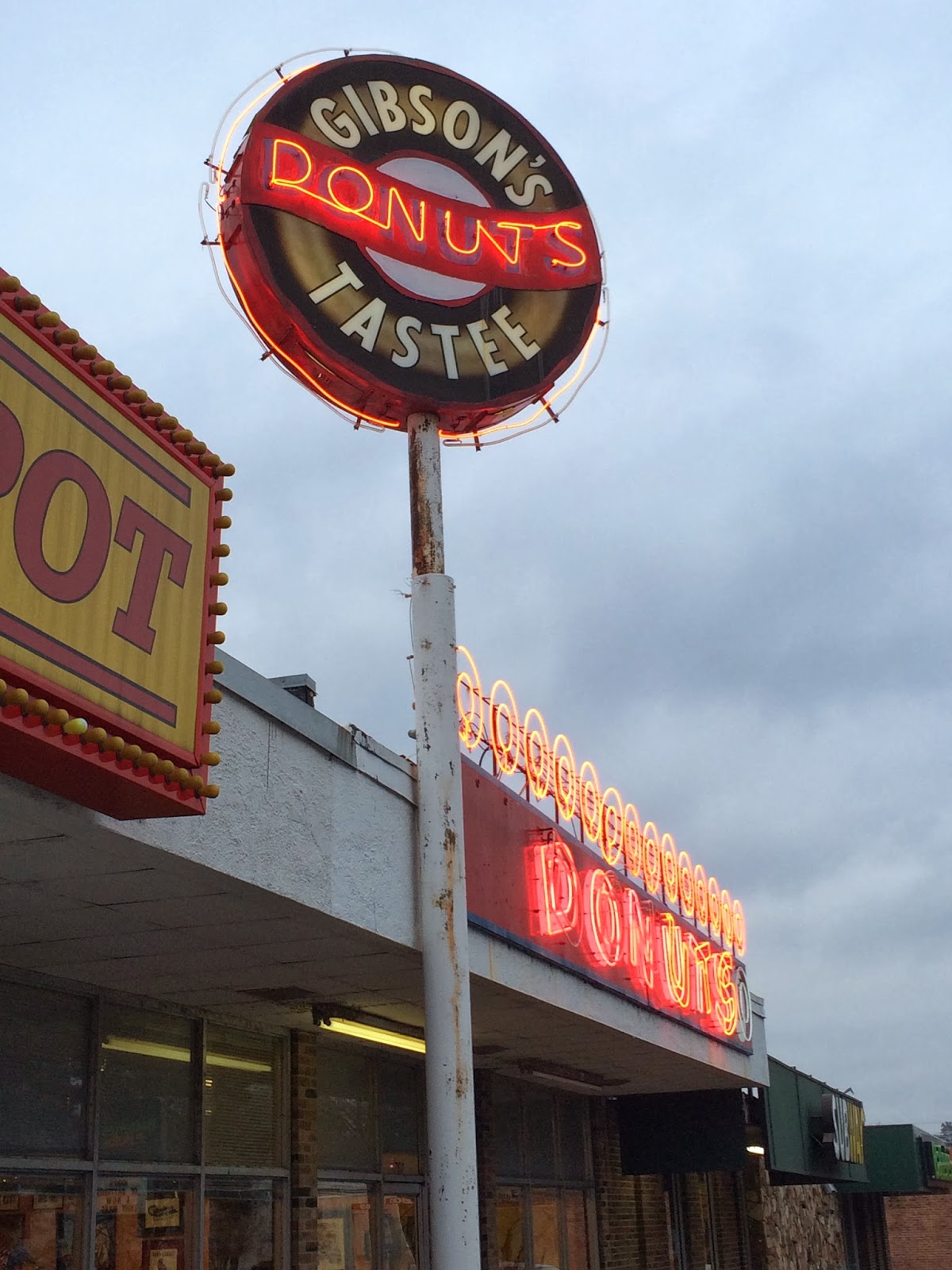 We went this morning before Adam went to his National Guard drill weekend.  He was in uniform and they refused to let us pay for our donuts.  It was so thoughtful that I almost cried.  It is something about that kindness that made us want to pay even more badly.  If either of us had cash, we would have just left it on the counter and walked out.  But, their thoughtfulness definitely touched us.

And, above being a donut shop full of the kindest people, the donuts are OMGDelicious.  I decided to try out the red velvet donut and the maple bacon donut.  They did not disappoint...but Gibson's never does.  I think I'm going to have to go back again before I fly back to Vegas.

I swear I'm going to workout again someday.  I was going to work out here, but the Memphis location of my gym is closed =( and running outside wasn't going to happen.  I'm already pretty uncoordinated and the ice certainly doesn't help.
Posted by Unknown at 4:30 AM