For my 26th card, we chose a peak that has intimidated me since I first started.  Ice Box Peak...I hear that name still makes me a little nervous (ala "Mufasa" and the hyenas in Lion King).  Now, of course, I've hiked to the back of Ice Box Canyon more times than I can count (most recently with my family at Thanksgiving), but this hike is considerably more serious.

It isn't necessarily a long hike (5 miles) and it doesn't necessarily require a formidable amount of elevation gain (1800 ft). What did make this a daunting undertaking were the stories of class 4 scrambling with exposure.  For example: 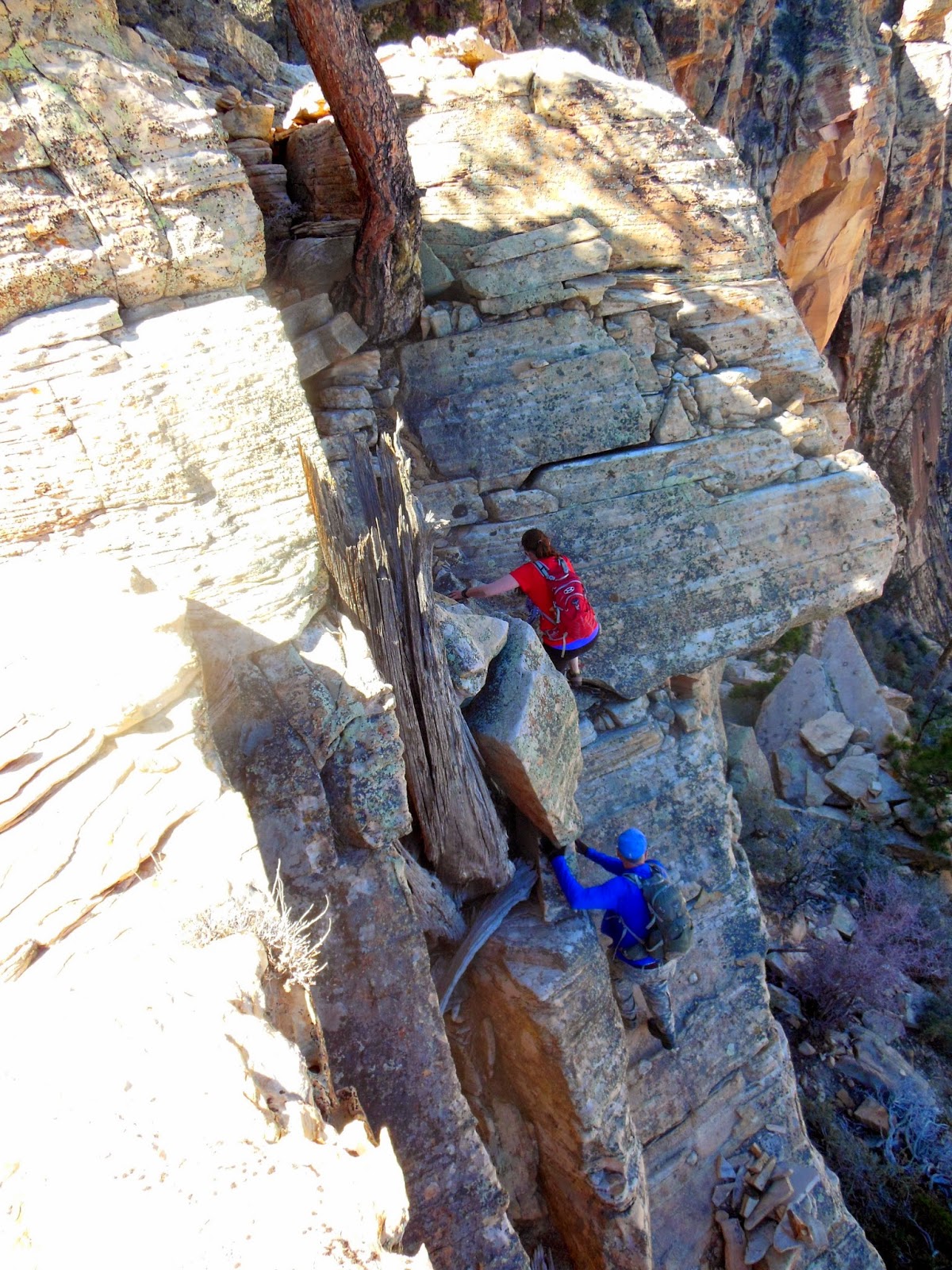 The first part of the hike consists of hiking a little over a mile back in to Ice Box Canyon.  Eventually, you look to the left and you see a wall that just looks like a canyon wall that is impossible to climb, just like every other wall around.  This portion of the wall is different from the rest of the canyon wall because we actually did climb up it.
We climbed straight up the slot and kept going up and up and up.  Basically just looking for footholds and handholds anywhere in the slot. 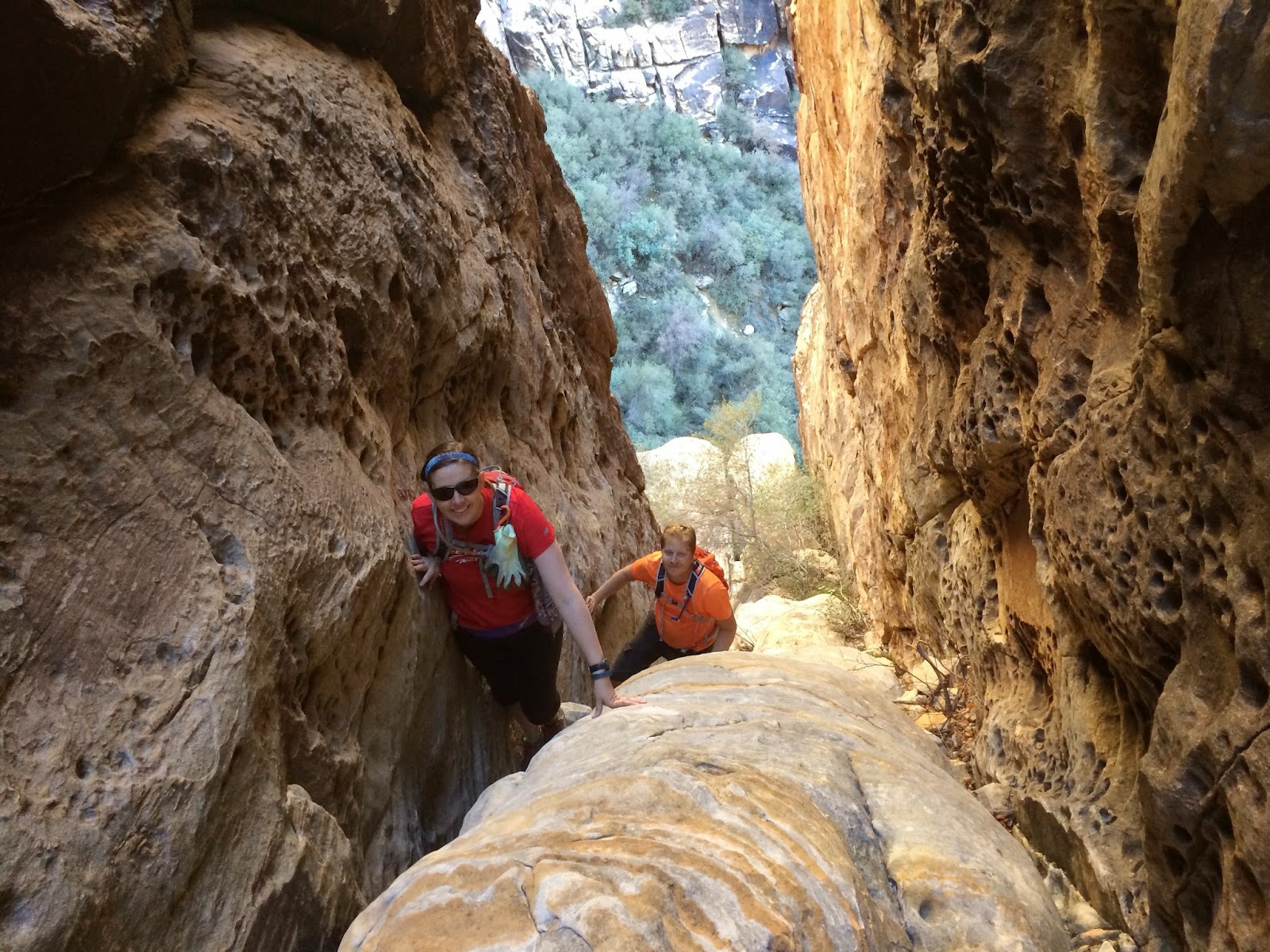 Honestly, the whole hike is sort of a blur of terrifying moments involving climbs up nearly straight rock and occasionally using a rope for some assistance. 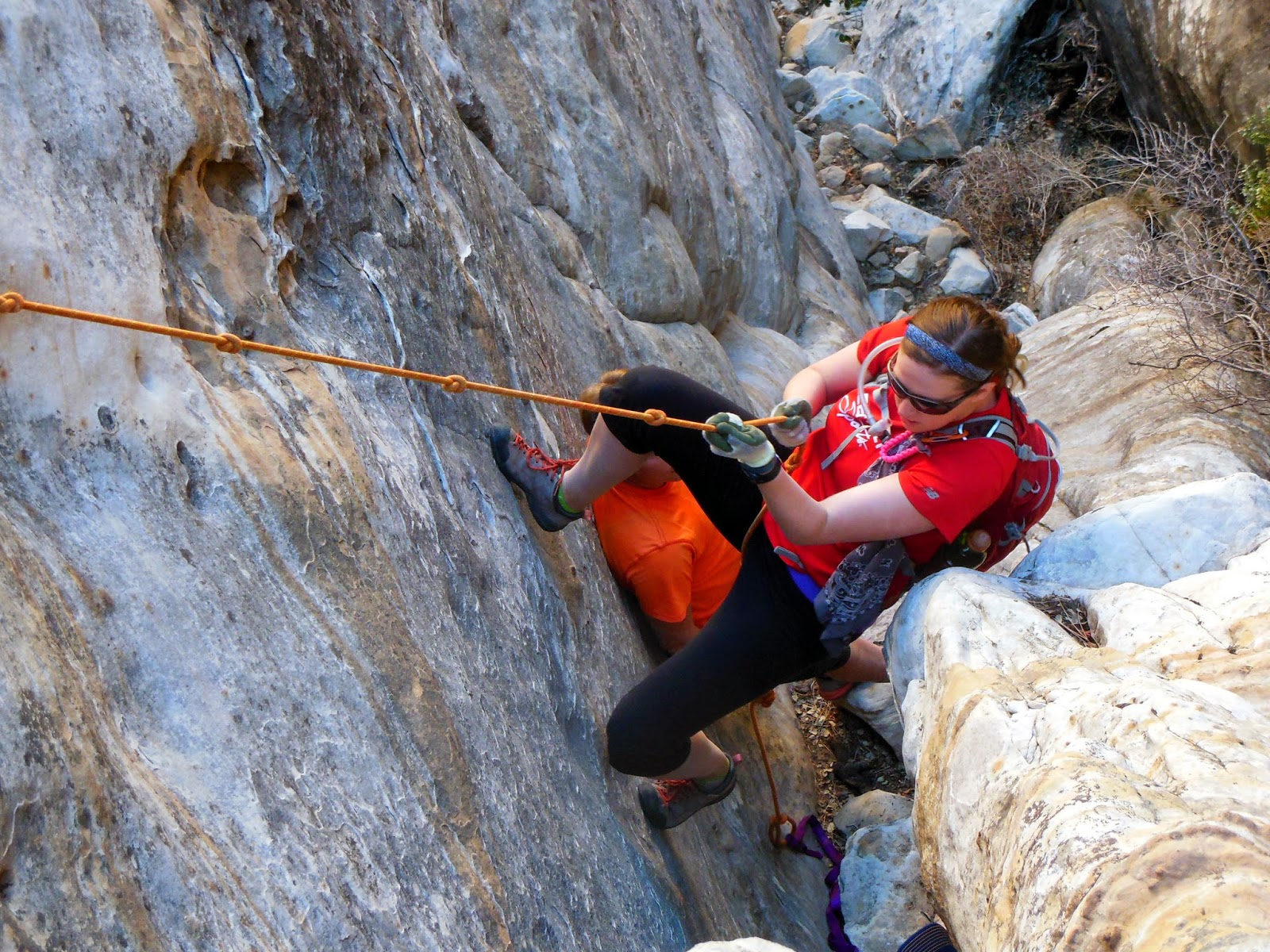 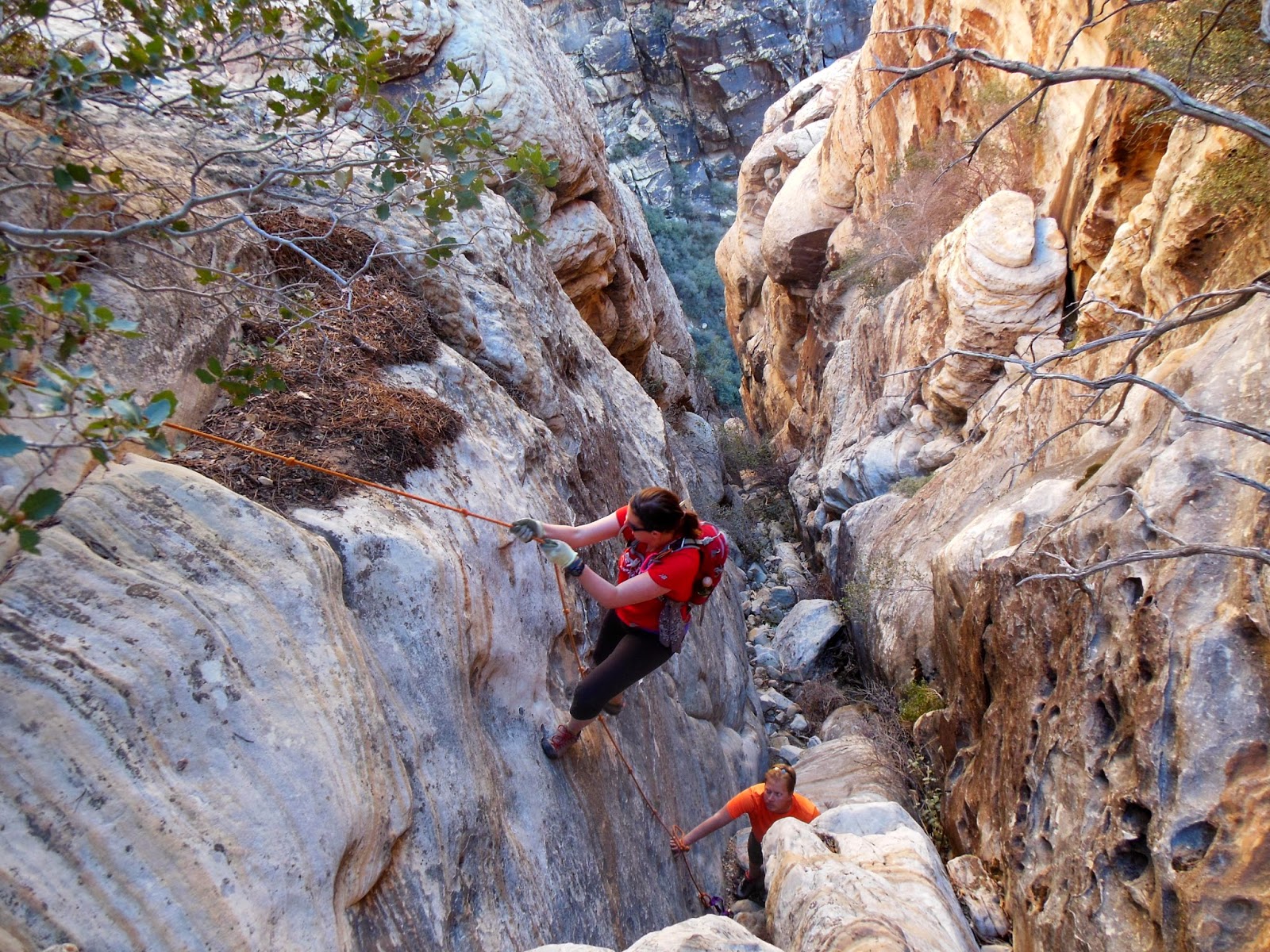 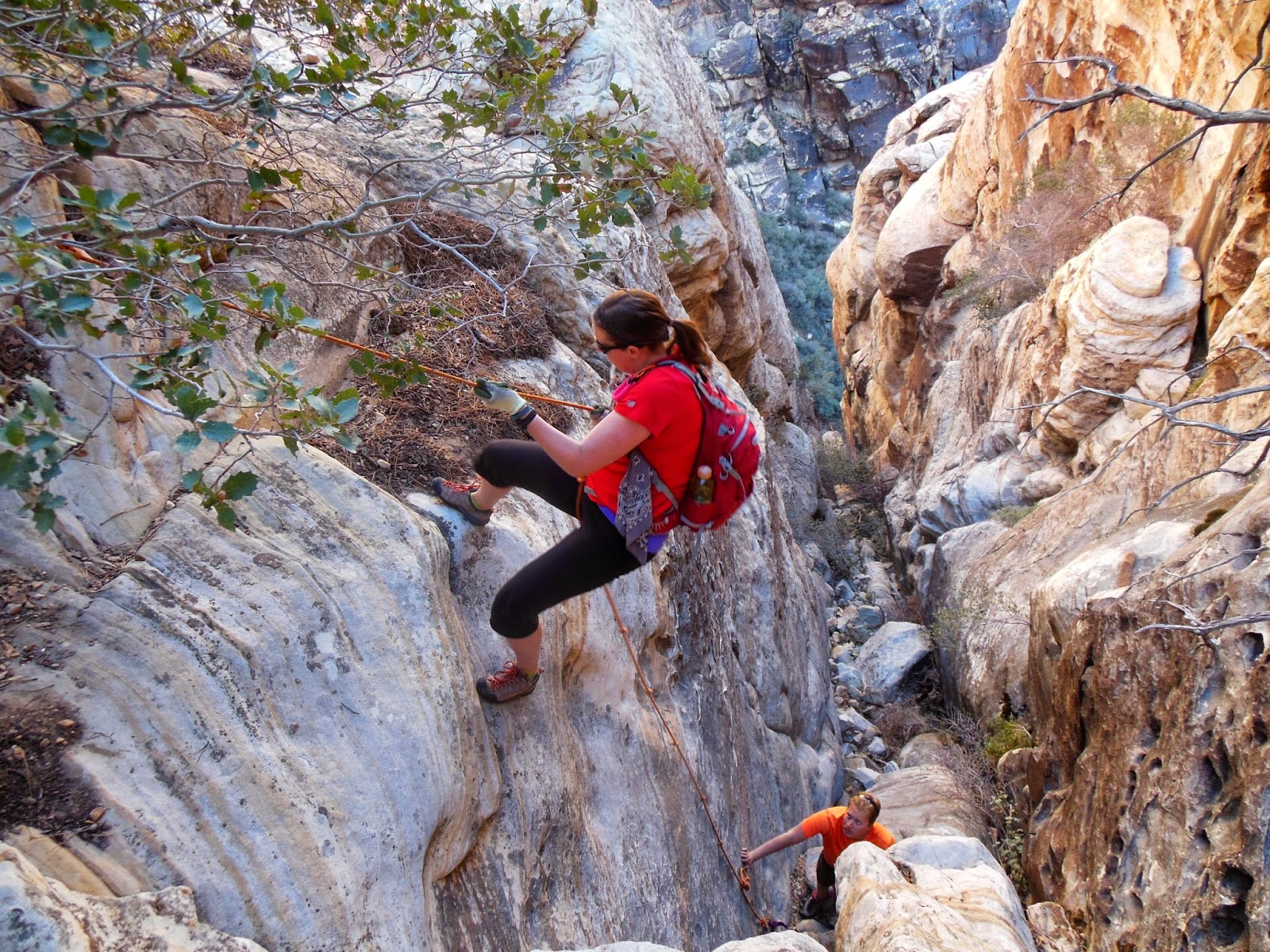 Don't get me wrong, completing all of the difficult climbs was so fun!!  But, I was so glad when we got to the top of the slot and up all the ropes.  The scary part was over....at least until it was time to go back down.  Once we got to the top of the [never-ending] slot, it was a long slog up a dry fall with some minor class 3 scrambling and, suddenly, I rounded a corner and I was on the peak with some of my best friends where we earned the Jack of Clubs!!  Wow.  I can't believe that I'm officially half way through the 52 peak club. 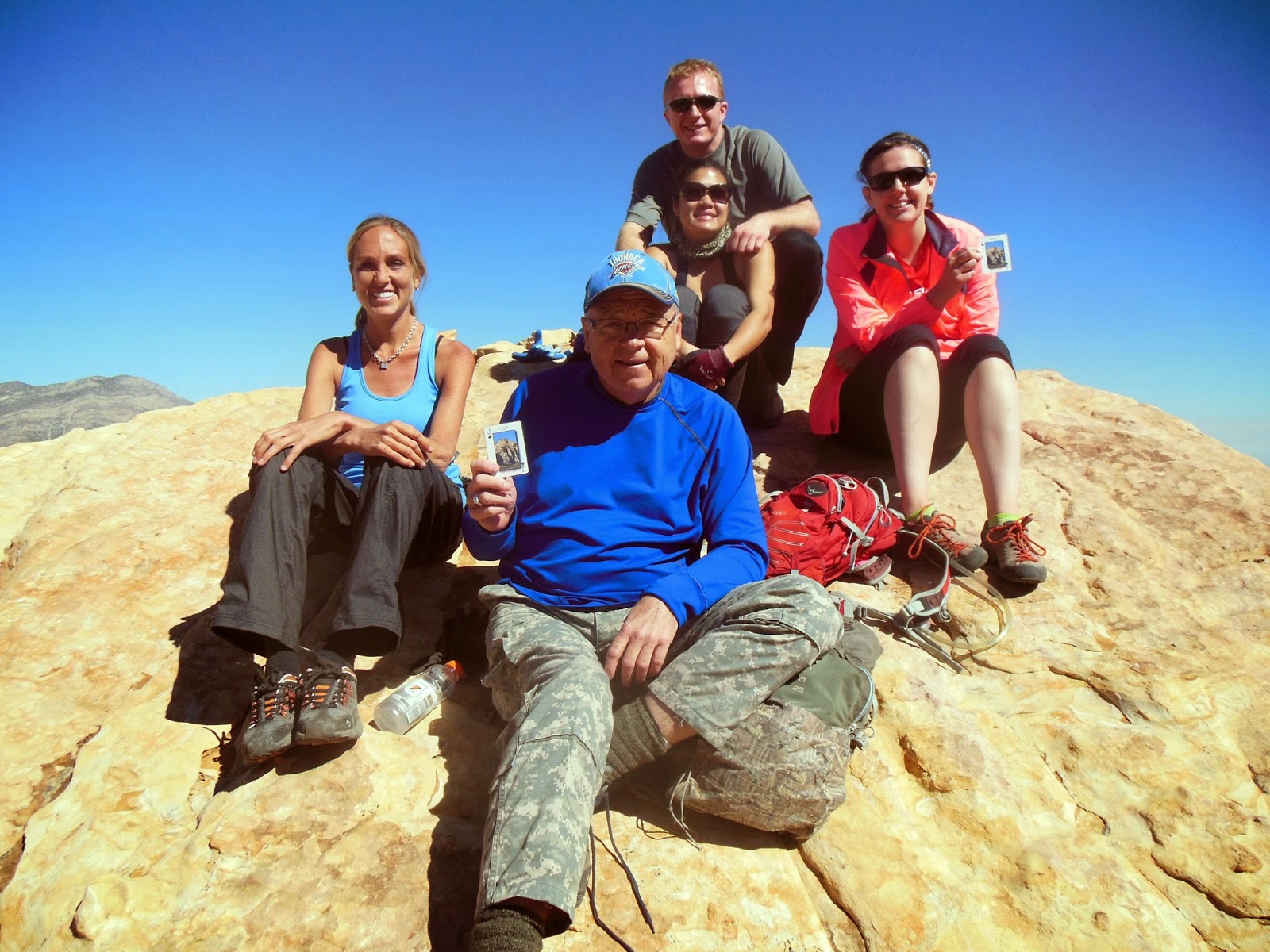