So, let me start by saying, this was not my fastest marathon ever (it might actually be my second fastest, but by ~8 minutes)  That being said, this may be my favorite half that I've run.

I didn't run with my phone, so unfortunately, I don't have any pics from the race, but it was a really great route. 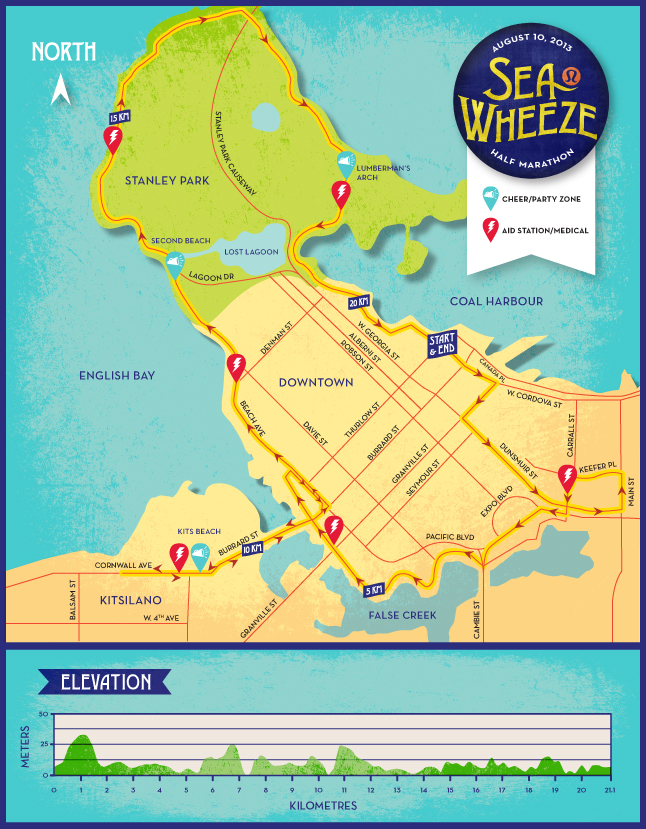 Lululemon planned it really well to give us a little tour of Vancouver.  I especially enjoyed the later part of the race when we were running the seawall around Stanley park.  There were lots of people cheering, including a bunch of people on stand-up paddle boarders, a mermaid out in the water, funny signs, great music....you name it they had it.  They also provided Whistler water, Vega hydration, and Vega energy gel packets.  Really well done.

Like I said, I felt really great until about mile 11.  Up to that point, I was headed for a sub-2:15 half.  Unfortunately, bad things happened after that.....bad mental things.  I just was unable to stay mentally tough for those last two miles.  Especially around 12.25 miles, when my Garmin watch decided to freeze.  I know, I know....my frozen Garmin should not have had such a drastic effect on me, but I truly felt like I was falling apart with less than 1 mile to go.  I felt extremely happy to cross that finish line...even if I had no idea what my time was.
2:20:46
I was a little bummed that it wasn't under 2:20.  However, as rough as it was, it is better than I could have expected....I was not so dedicated to my training for this one.  But, Husband and I made it to the finish of another race with smiles on our faces!! 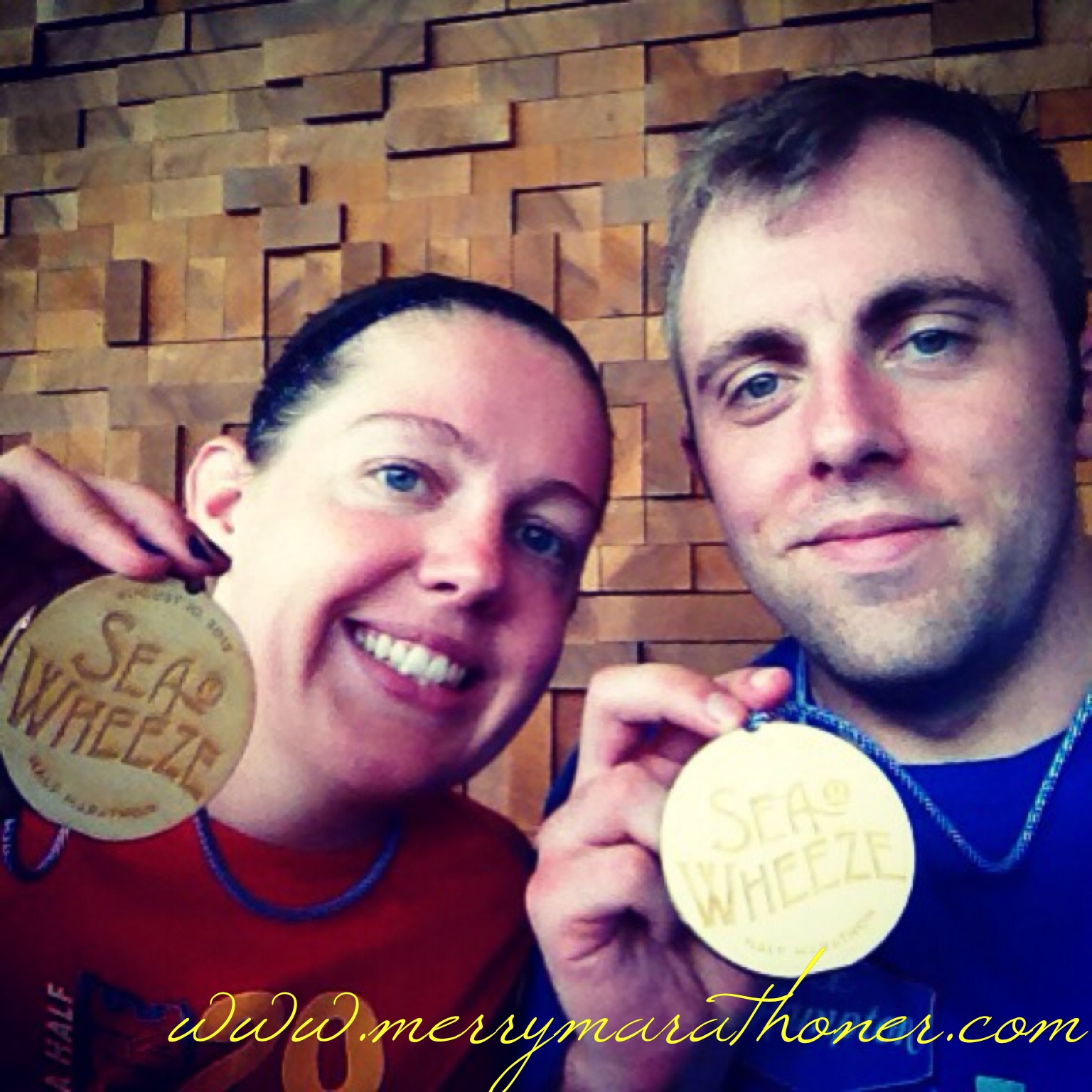 I did forget to mention the post-race swag that we collected on our way out of the race chute:  adorable wooden medal (that actually opens up like a locket - how cute!); muscle recovery product; skull candy ear buds, coconut water.  Well done, Lululemon!

After the race I was starting to get pretty hangry.  Obviously, we felt the need to refuel our bodies with really wholesome food.......
After re-fueling, we went back to the hotel and took the obligatory looooooong nap and the most refreshing shower of my life.  Before we knew it, it was time to get dinner and head to the SeaWheeze Sunset Festival at Stanley Park.

First, sunset yoga:  The instructor was awesome.  He did a really fantastic job of mixing the serious, thoughtful side of yoga and the fun, celebratory mood of finishing a half marathon.
After the yoga and listening to some chill music in this gorgeous park, Husband and I decided to walk along the water to the SkyTrain station before heading back to our hotel.  It was a little on the long side (probably because I started us off walking in the wrong directions...whoops), but it was beautiful.  We came across this exhibit of totem poles.
Overall, it was a beautiful day.  I don't think I've ever had a post-half marathon evening that was as beautiful as our evening in Vancouver.  We definitely went to sleep that night excited to explore the city for a few hours the next day before we had to be at the airport to fly back to the good ole USA.