I've officially been away from Hawaii for a whole week.  It is horrible.  Is it time to go back yet?  Maybe I should just take the Hawaii bar and move there?  Probably not.  I complain about being far from my family here where I'm a mere two time zones and 1,506 miles away from my parents.  Hawaii is a little bit further.  I don't think that will work for me.

I digress.  The point is, I really enjoyed our trip to Hawaii and I really want to share a couple about a thousand more images from the trip.

If you remember, we got home from our tour of the island extremely late (the time change didn't help).  So, obviously, we slept super late the next day.  We finally managed to tear ourselves away from the bed about 45 minutes before they stopped serving breakfast.

Trust me, I ate way more that the malasada, cottage cheese, and honey dew melon.  I just didn't want to make you sick by showing you the volume of unhealthy food that I ate prior to this plate.

After breakfast, we were still so wiped that we had a super lazy day.  We just chilled in our hotel room, laid around other areas of the resort, and then ran a few errands.  Later, we had a super gourmet dinner...foot-long sandwiches from Subway.

While we were being lazy, we created a plan for our remaining time in Hawaii.  Specifically, we decided that the next day (Thursday), we'd venture down to Kona and try our hand (and legs) at Stand Up Paddleboarding.  When we first started researching, we were a little frustrated with how expensive renting these things were.  However, then we found Ocean Safaris!

Their rental rates were much more reasonable ($25 for 2 hours) as were their rates for a lesson ($60).  The thing I loved most was that when we called the company, not only did they inform us that we didn't need to make a reservation for the paddleboard rental, they also advised us that a lesson would be a waste of our money because it really was very simple to pick up and the attendant at the beach would show us what we needed to know in 5 minutes.  Awesome, right?!  I'm always pleasantly surprised when I encounter a company that doesn't try to up-sell me!

We arrived at the somewhat secluded and awesomely uncrowded Keauhou Bay.

At this location, Ocean Safaris literally consists of a dude sitting in a beach chair hanging out with his dog.  That's who you pay to rent the paddleboard.  Of course, he doesn't have a machine to take credit cards, so we had to buzz over to a shopping center to find an ATM before we could begin our paddleboarding adventure.  After getting cash, we were walking back to the car and passed some lovely ladies associated with the Keauhou Kahalu'u Heritage Center who made me a beautiful lei!  I really love wearing fresh tropical flowers around my neck =) 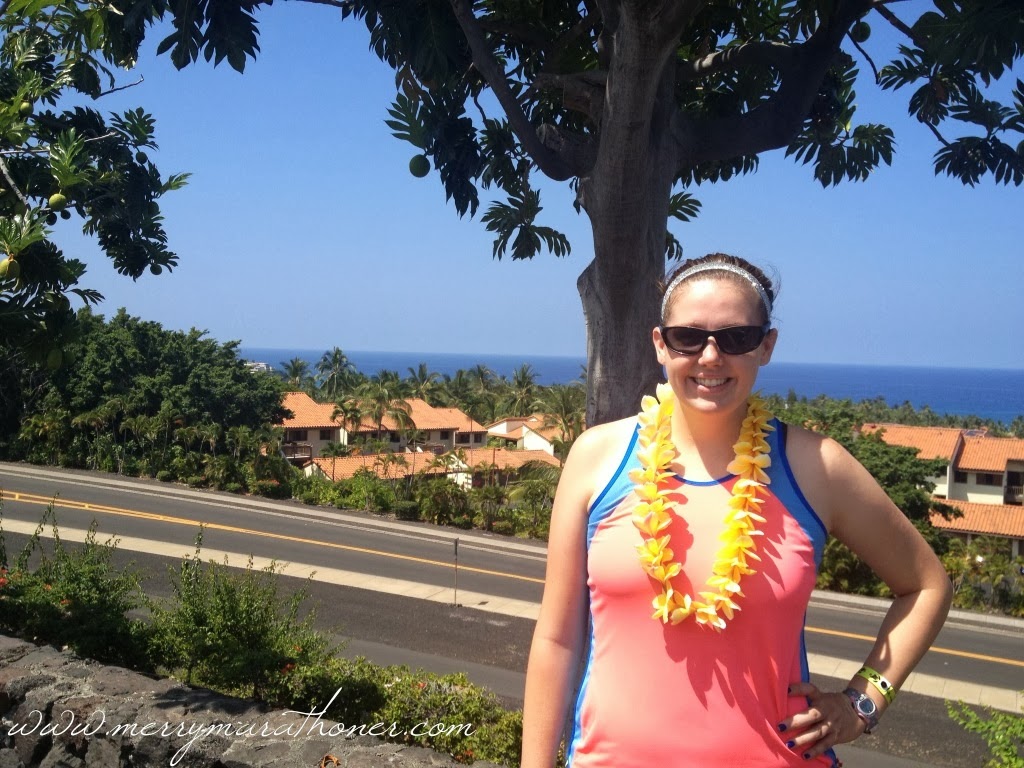 Then, it was back to the Bay.  (Once we got back, I realized that my lei would not survive long sitting in the car while we were paddleboarding, so I decided to rock the lei while paddleboarding). The lady on the phone was right.  Stand up paddleboarding is actually not that difficult.  Don't get me wrong, I lost my balance and fell in the water twice.  In fact, each time I fell, part of the lei would break off and there would be a beautiful flower memorial of where my grace and dignity died a little.

Adam was probably better than me.  He was faster and only fell once; I fell twice.  However, it is important to note that, even though I fell more, Adam fell first.  (By the way, thank god the paddles float)

We paddleboarded for about an hour.  It was a pretty decent core workout, but it was still relaxing.  It was really, really enjoyable and I've been trying to convince myself ever since that I wouldn't use a paddleboard enough on Lake Mead to justify buying one.......which, is totally true, but I still want to buy one.  Irrational, I know.  I haven't purchased one yet, so I'll count that as a win.

After we left Keauhou Bay, we drove through Kona, grabbed more gourmet food (panda express), and then I convinced Husband to walk through the International Market with me.
The International Market was pretty noneventful, but we did purchase a few delicious Hawaiian/tripical type treats: (1) Pan de Coco; (2) Maui Onion potato chips; and (3) Macadamia Nut Hershey Kisses. 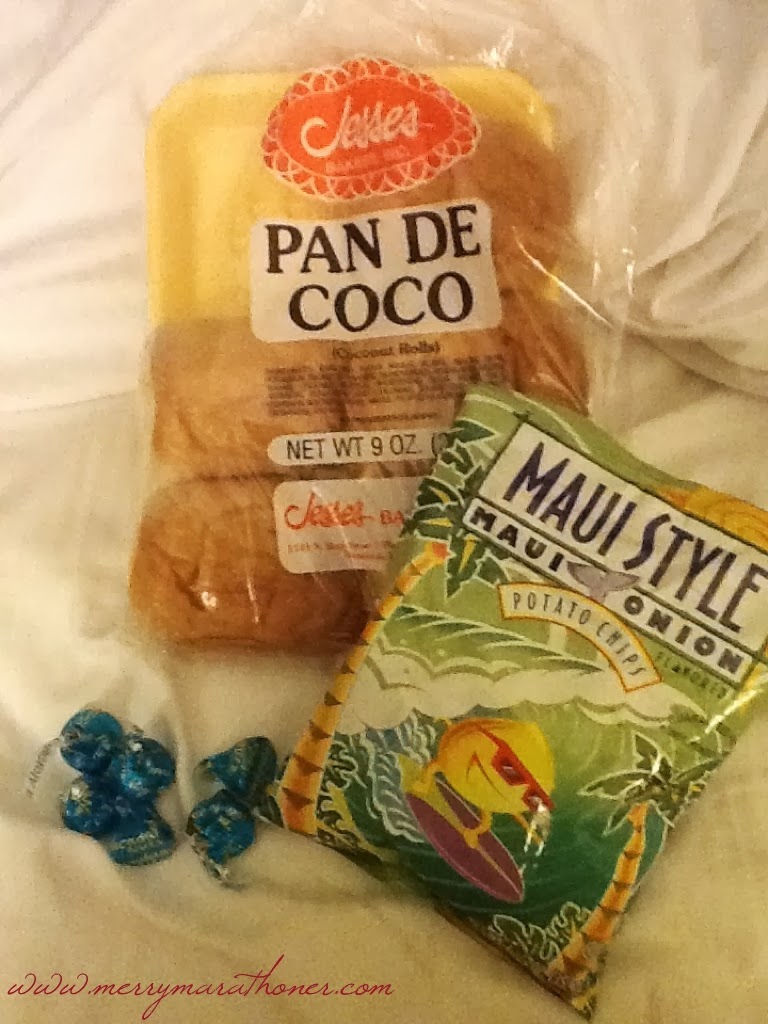 I must say, the Pan de Coco was .... just .... woah.
So, the bread was the hawaiian sweet bread that I know and love.  But, when you bite into the roll, there is this delicious coconut filling.  I have a pretty serious coconut addiction at this point, and that's ok.

On our drive back from Kona, we noticed that there were a lot of cars on the side of the road around mile marker 91 and lots of people walking around on a lava field.  We realized that there was a giant lava tube.  We started to walk into it, but then realized that this was a really long lava tube that had a series of cave-ins, so we got a little nervous and decided not to venture any further.

After the drive back to Waikoloa Village, we were boring the rest of the afternoon/evening.  Just more hanging out by the pool.  It was perfect.  After this vacation, I have new found appreciation for just chilling by a pool and reading.  While in Hawaii, I finished Ender's Game.  Phenomenal book.  It may not be a "girly" book (it is sci-fi after all), but I kinda can't imagine anyone not finding this book incredibly interesting and thought provoking.  Also, it is coming out in theaters in November, so at the very least, you should see the movie.  But, really, you should read the book before you see the movie.

Have you ever tried stand up paddleboarding?

Have you read Ender's Game?  What are you reading right now?