I think yesterday was about the perfect day after Thanksgiving.  It started out with a bang when my beloved Iowa Hawkeyes trampled the Nebraska Cornhuskers.  I think my favorite part was when Bo Pelini was so out of control, the ref called an addition 15 yard penalty on the Nebraska bench!

As soon as the Iowa game was over, my parents and I headed towards Red Rock Canyon National Conservation Area to burn off some of that Thanksgiving dinner.  We chose the 6-mile White Rock Loop.  It is a fantastic hike and it takes between 2-3 hours depending on how fast you move and how much you stop to play and take pictures.  It doesn't require any scrambling and is great for dogs of all sizes (as long as they can do 6 miles).  The landscape is really beautiful because it is literally a loop around a sandstone mountain. 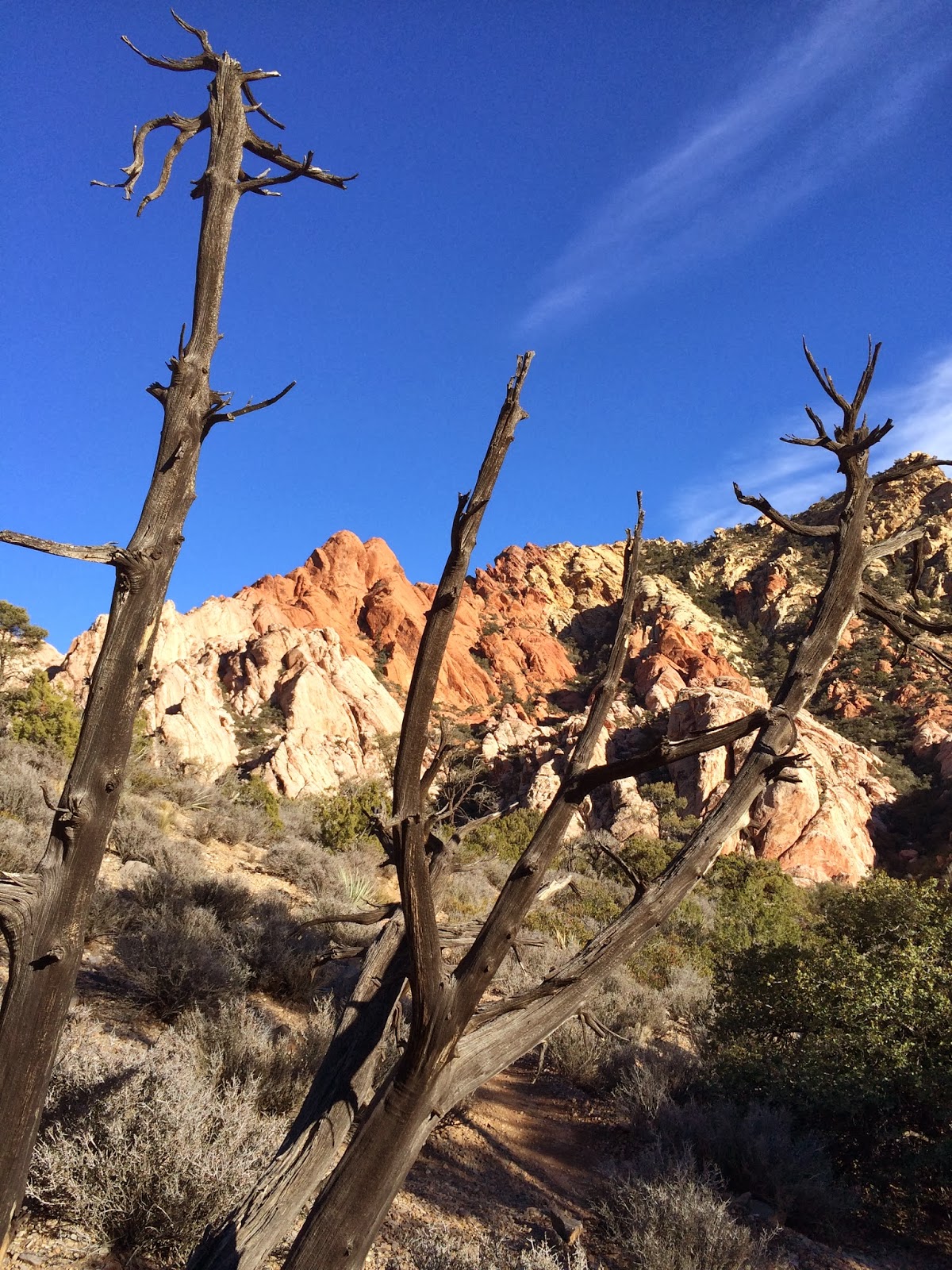 I, of course, brought my beloved mountain dog, Maggie.  She's done this loop with me a few times and it definitely wears her out, but she wags her tail the entire time. 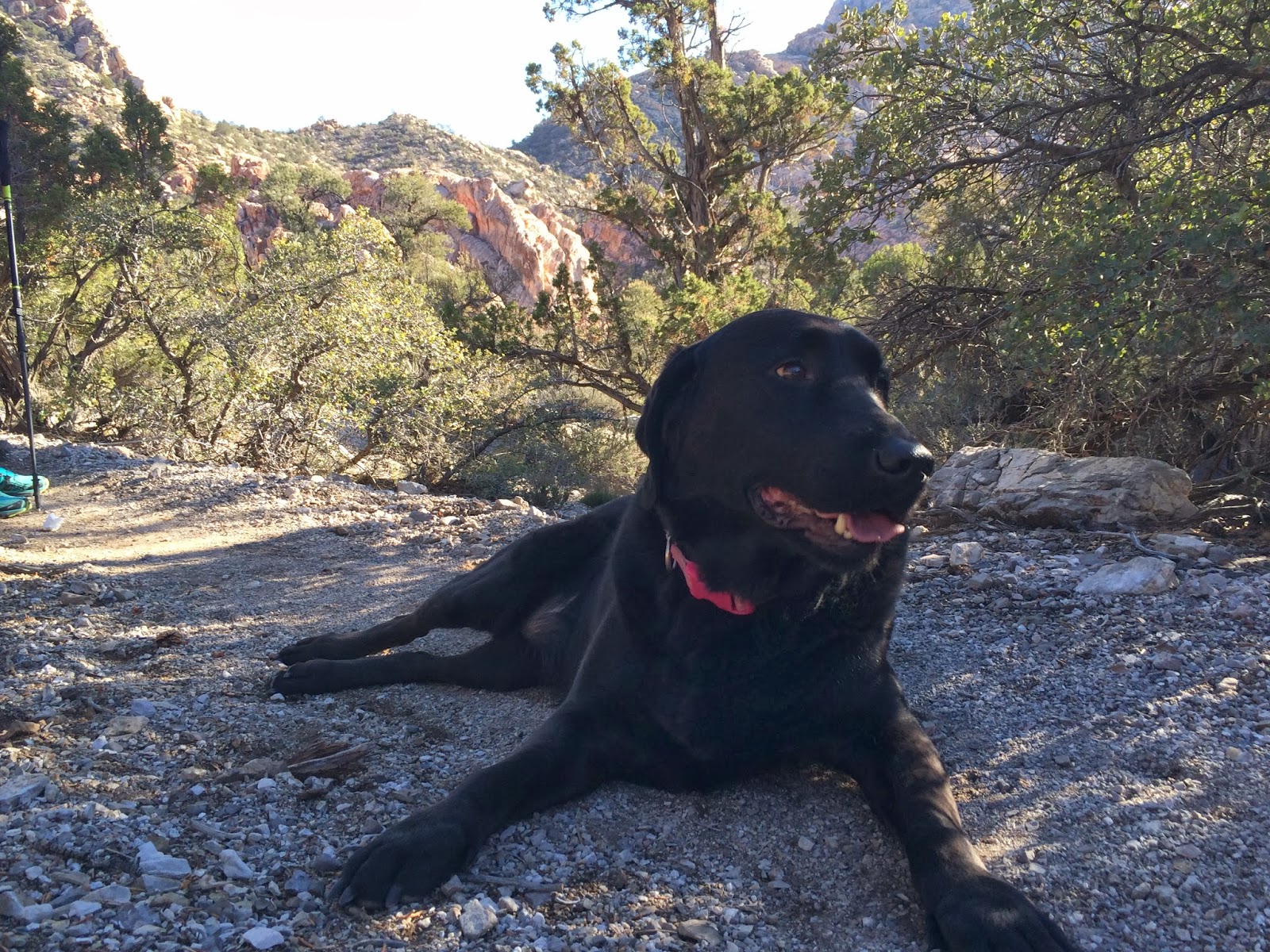 Maggie is kind of a chicken and doesn't really get too far from me, but at one point, she decided to follow my dad while he was playing on the rocks.  I called her name once and she realized how far away from me she was and she came running.  She's mostly a good dog. 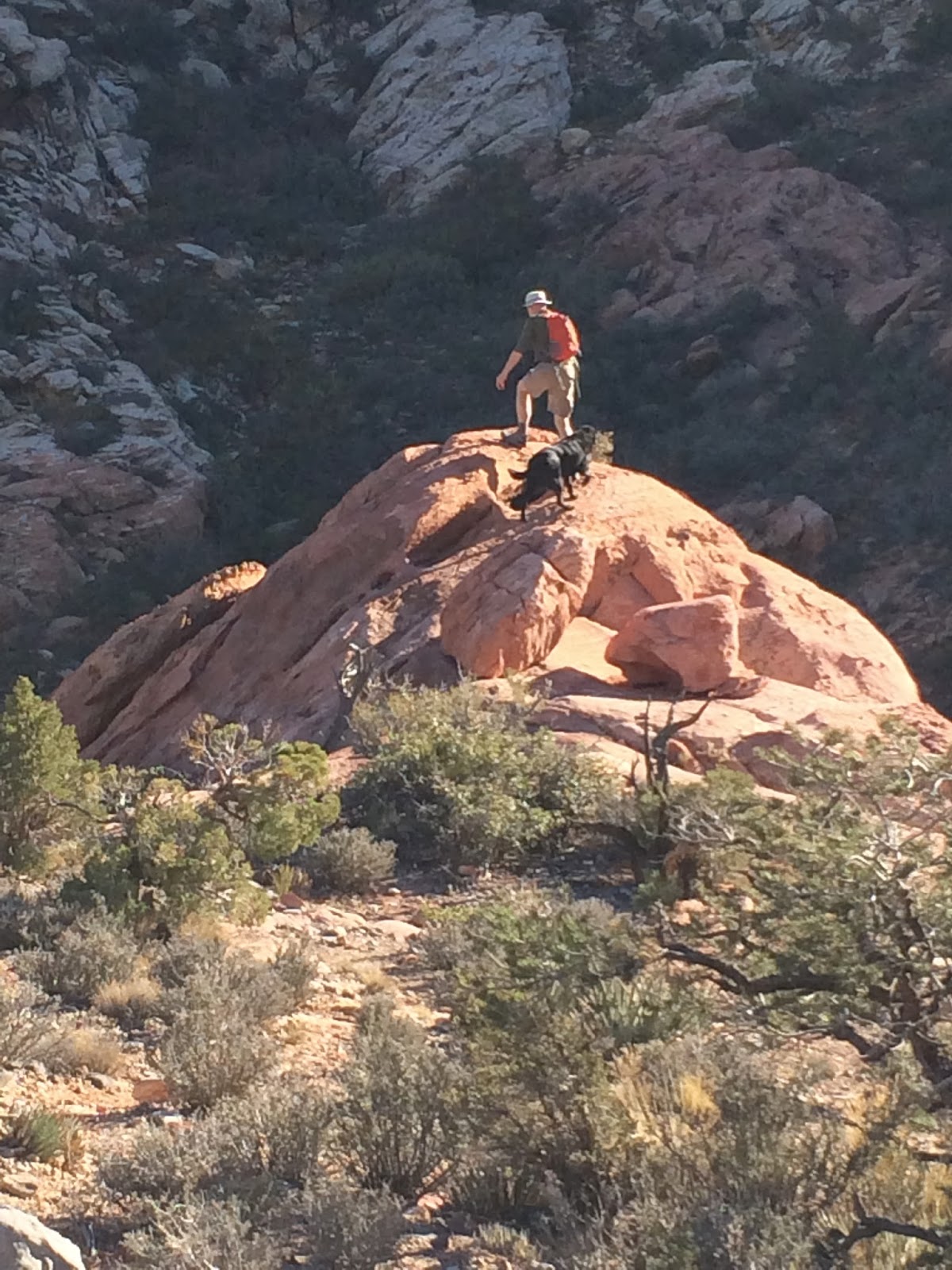 There are a couple really fun places near the trail to stop and scramble a bit and feel like king of the mountain.  Maggie took advantage of those spots too. 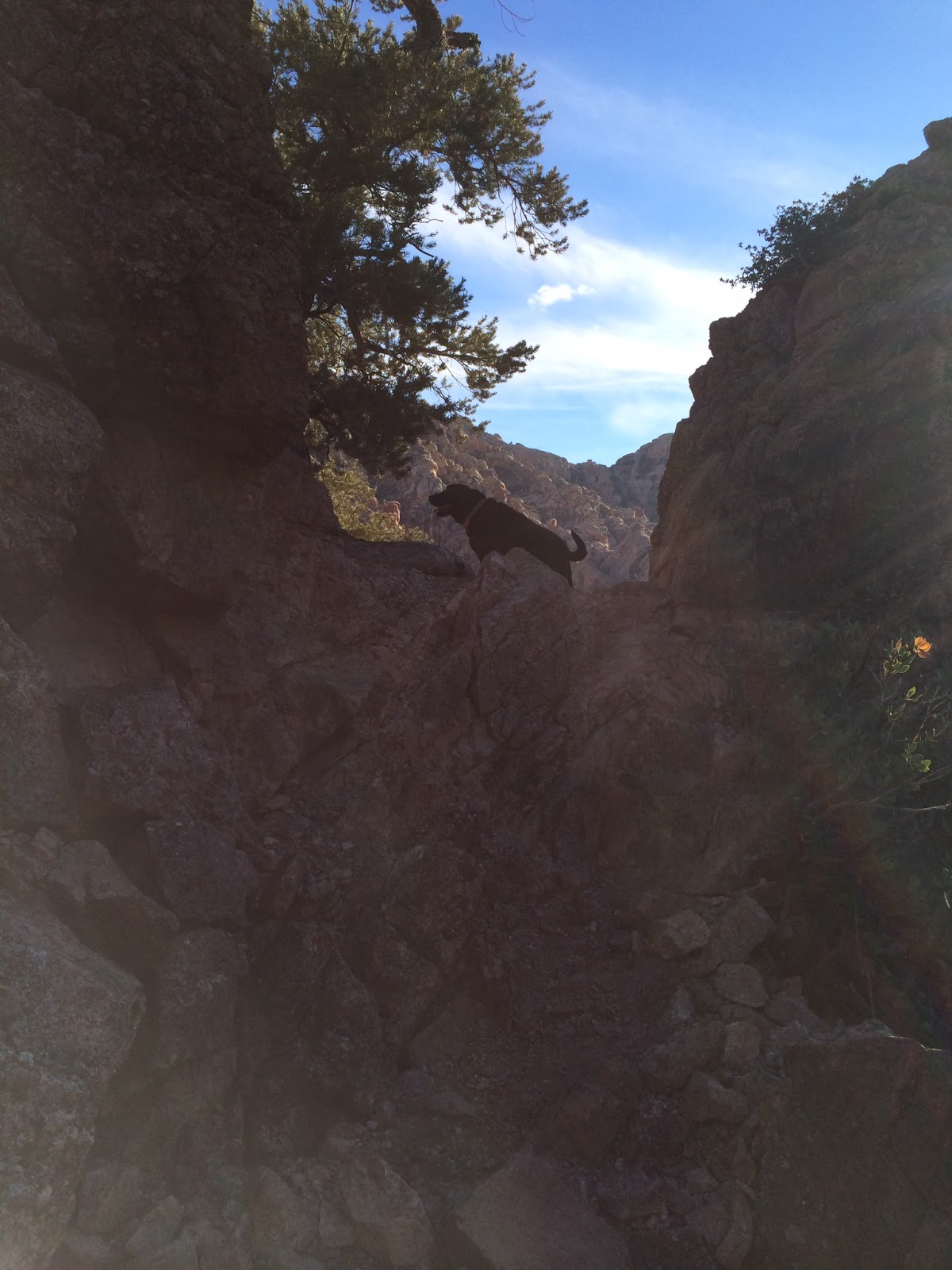 The loop took us just a little under 3 hours, which is awesome.  My mom (the same one that PRed in the 5K on Thursday) is in such great shape!  There's no way she could have done that loop this fast even a year ago.  I'm so proud of her!

I highly recommend this hike as a fitness hike.  The hike is all class 1 or 2.  There are lots of parts of the hike that are excellent for trail running...just watch out for foot placement because there are definitely portions that make me nervous when I try to trail run because of small rocks in the path that are just begging to make me roll my ankle.

After finishing the hike, we were starving and exhausted so we decided a low-key night would be best. Our low-key night consisted of Cafe Rio (yum!!) and a movie.
Ender's Game is one of my favorite books that I've read recently.  The book came out in 1980 but the movie just came out on November 1.  I went to an early screening, but my husband, who also loves the book, hadn't seen it yet. 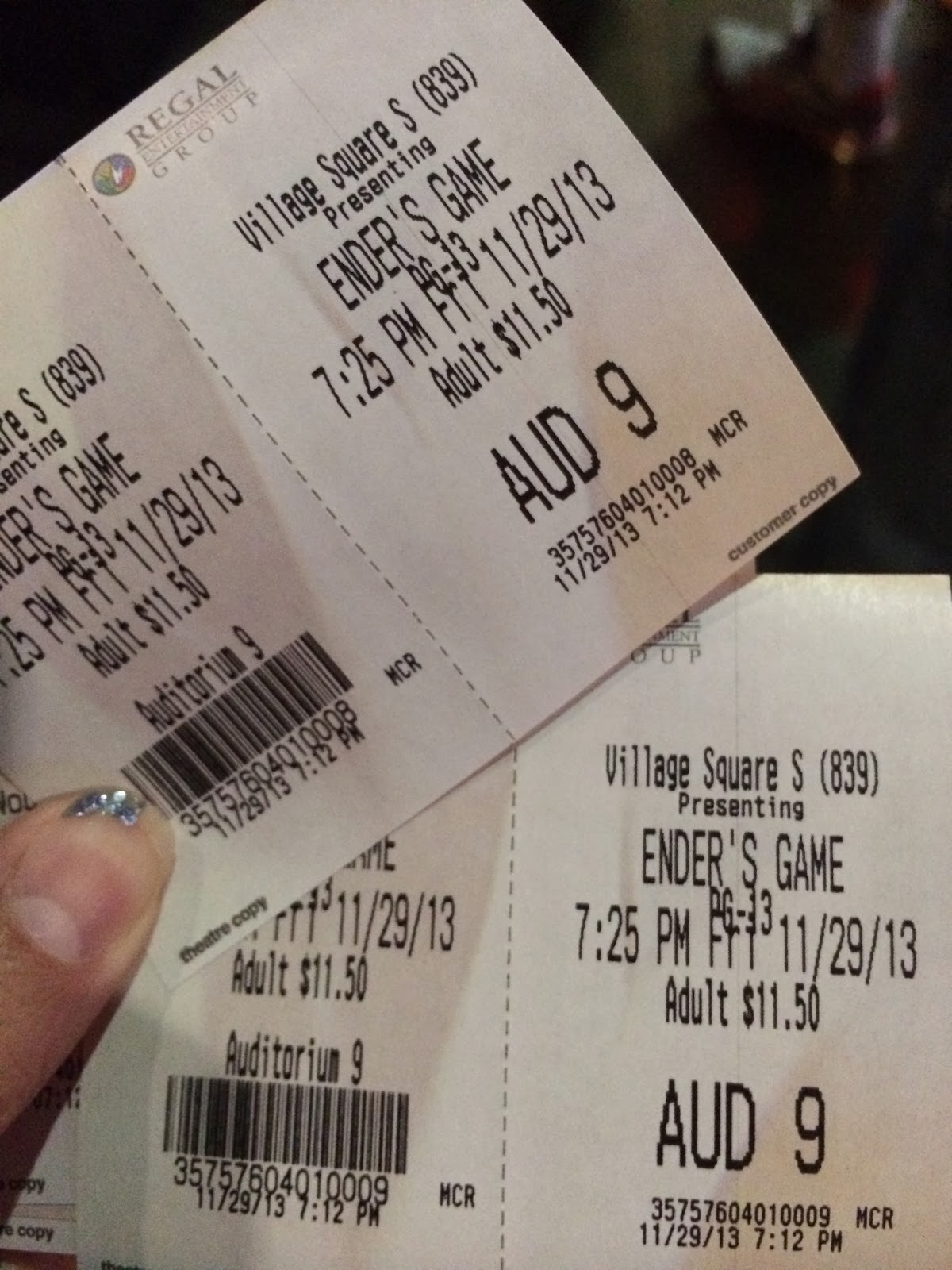 I was disappointed by the movie the first time, but isn't that true anytime you've read the book on which the movie is based?  I will say that I found it much more enjoyable the second time.  I really do think that everyone should read this book, even if you think you won't like it because it is "science fiction."  There are a lot of philosophical and moral questions that the book presents that I think appeal to anyone that enjoys a more intellectual book.

I've had a number of my friends say that they don't want to read it because they don't agree with Orson Scott Card's (the author's) politics.  If this is important to you, check the book out from the library or check out a used book stores.  I've purchased a couple copies at used books stores to give to friends in the past.  Used bookstores really are under appreciated.

I'm looking for a new book to read.  Has anyone read anything lately that they recommend?
Posted by Unknown at 8:16 AM