Tuesday Workout:
4 miles
I forced myself to run outside, even though I didn't get up early enough to run this morning and had to run after work.  Even at 7pm it was still 100 degrees!  Living in the desert is really unpleasant sometimes.  It is supposed to 114 degrees this weekend (?!!?) - thank god I'm going to be out of town.  In addition, my legs still feel super heavy from Ragnar and my calves started burning .25 miles into the run (probably b/c of that epic 1700 ft hill).
Tomorrow is another day and I'll make myself more proud than I did today.


Monday was such a rotten day.  Well, it wasn't that bad.  The only thing that really happened was my being two minutes late to pick up my dogs from the vet and the vet locking me out and not allowing me to pick my dogs up until yesterday.  I understand that late is late, but I was just hoping that their sense of customer service would prevail and they'd cut me two minutes of slack.

Now, if I'm being honest, I think I was still overly tired from Ragnar.  That being said, I got a little emotional about my dog pick-up failure, but I was really looking forward to having my babies home.  Suffice to say, my plans for my first post-Ragnar workout got side tracked by my little breakdown.

Cue the Watermelon Oreos (allegedly available only at Target).  These seriously made my night infinitely better. 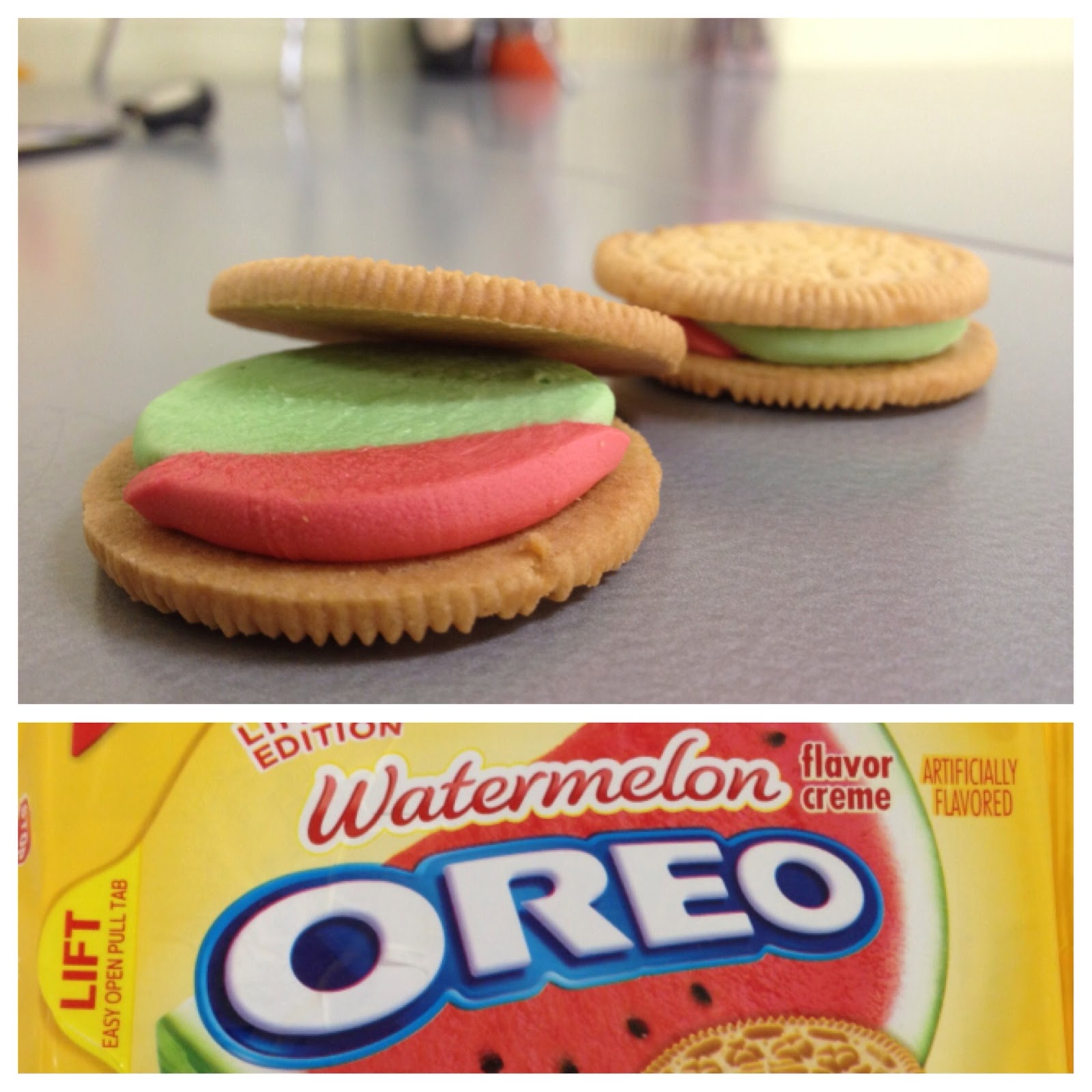 So delicious.  Seriously, watermelon oreos!  What will those clever devils at Nabisco come up with next?

Speaking of grocery items that make me very happy, look what else I discovered at Target:
Woah.  Biscoff Cookie Butter?!  I know the entire nation is obsessed with speculoos from Trader Joe's and that the entire nation is also being plagued with the unthinkable, a shortage!  Well, I think I can stop trying to show up at Trader Joe's the second they open on the off chance that they have cookie butter in stock.

Have you tried the Watermelon Oreos?  Thumbs up or thumbs down?
(In case I was unclear, two thumbs WAY up from me)